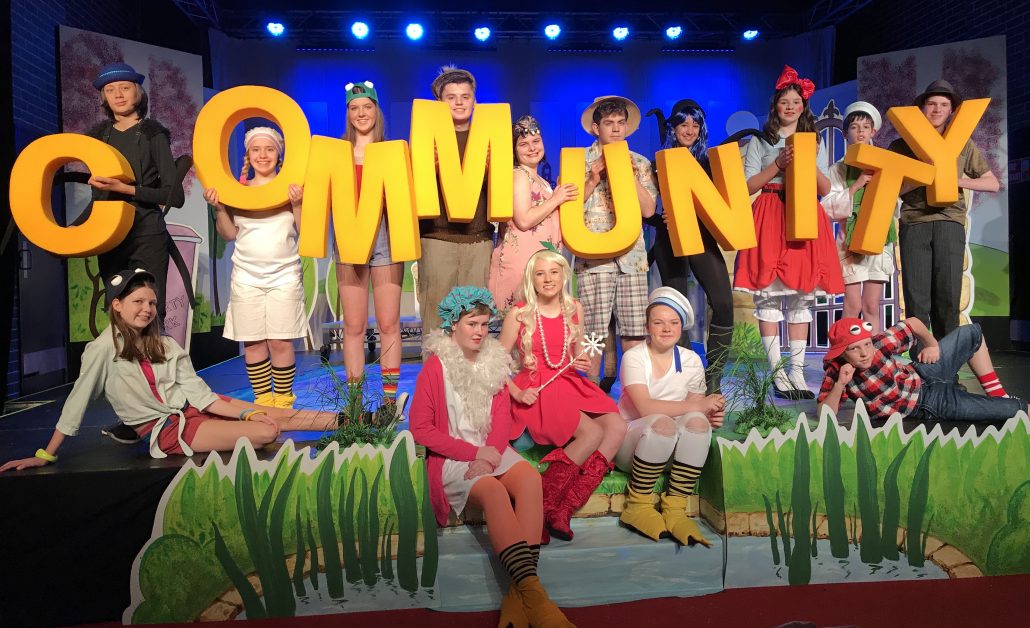 Marian Street Theatre for Young People (MSTYP) is one of the oldest continually running children’s theatre and drama schools in Australia. For over 50 years it has been a unique part of Sydney’s North Shore Ku-ring-gai community. This month was one worth celebrating for MSTYP with both the opening of their show Pearlie in the Park, and the approval plans to bring back the much loved Marian Street theatre space that was closed back in 2001.

‘Pearlie in the Park” – which opened on the 7th of July and runs till the 21st July.

Written by Australia’s favourite comedian, radio commentator and children’s author – Wendy Harmer, the delightfully funny, urban fairy-tale tells the story of a fairy named Pearlie who lives in Jubilee Park. The production is slick, the set design bright and engaging and the magical music under the eye of acclaimed composer Phillip Scott has the audience bopping in their seats. The story moves along at a great pace keeping some of the younger audience transfixed, with a gag or two thrown in for the adults to get a good laugh too. The stand out of the show is the performance of the young cast, who grace the stage with a maturity and experience beyond their years.

Pearlie in the Park will be seen by approximately 3,000 children and their parents during it’s season, many of whom this will be their first experience with a live show.

If you don’t get the chance to see Pearlie in the Park – be sure to check out the upcoming performances by the MSTYP, I can guarantee you won’t be disappointed!