Living in beautiful leafy suburbs with access to visually stunning national parks and in such close proximity to open bushland is one of the many reasons we love Ku-ring-gai – but this magnificent beauty also poses a significant risk. Hazardous bush fires in the hotter months and then treacherous storm damage from fallen trees, act as potential life changing threats to our local area. It is for these reasons that our Ku-ring-gai SES and Bush Fire Brigade play such a vital role in our community.

There have been many bushfires throughout the local government area over the years and unfortunately houses have been lost. Ku-ring-gai is listed as one of the most vulnerable areas to bushfire in NSW, with over 122,000 residences in total and 14,000 of which are situated on the bushland interface.

The RFS usually undertake between 6-8 multi-agency Hazard Reductions each year (RFS, Council, NPWS, FRNWS) to reduce the fuel load in Ku-ring-gai, helping to reduce the likelihood and intensity of major wildfires. That work is done in-between deployments to other areas in need, most recently the large-scale effort in Blue Mountains and Lithgow.

Add to this the arduous task of clean up and emergency repairs that the SES perform under gruelling conditions during big storms that affect hundreds of residents and local businesses -the Ku-ring-gai SES and BFB members really are our local hero’s.

With such important tasks at hand and our local community to protect, the Turramurra and Lindfield Community Bank branches were pleased to jump onboard to drive a major fundraising campaign to help build a new HQ for our local hero’s back in 2013.

Prior to 2013 the local SES had been operating from unsatisfactory temporary facilities for several years; most of the time in an old council garbage collection shed in Gordon followed by time at an old council works depot in North Turramurra. 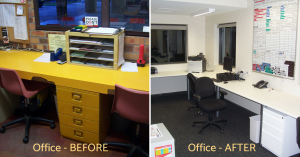 The new facility has provided both the Ku-ring-gai SES and BFB with state of the art Head Quarters that are the envy of many other rescue units in the state. The buildings now boast exceptional training facilities including state of the art audio visual technology, large well-equipped operations rooms, multi-level garage to house vehicles and equipment, and a comfortable outdoor area where members can relax after attending incidents, hazard reductions or training. The compound is secure and also provides enough space to cater to the large teams of volunteers and personnel during an emergency operation. 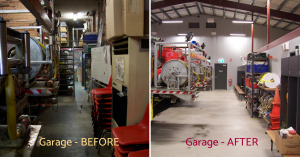 The most significant impact of the new HQ for our BFB and SES has been on the overall efficiency of the units and the ability to quickly respond to requests for assistance during storms or bushfires within the Ku-ring-gai community. Having the right facilities to store and service the multitude of equipment required by both divisions has made work so much more efficient.

May 25th 2018 – marks five years since the opening of the new purpose built facility in Jubilee St, Hornsby. The monumental fundraising campaign dubbed “Hero HQ” spearheaded by the Turramurra and Lindfield Community Bank branches to fit out the interior of the building is still very fresh in the memory of many within the community, particularly those from the rescue units themselves.

“The passion and support of the Community Bank staff to make the Hero HQ project a success needs to be acknowledged and recognised” commented Greg Rappo of the NSW State Emergency Service – Ku-Ring-Gai Unit, when asked about the upcoming anniversary.

Greg continued, “The support provided by the Turramurra and Lindfield Community Bank branches was essential in helping to raise around $220,000  for the fit-out of the SES and KBFB facilities. Importantly the Turramurra and Lindfield Community Bank branches provided a focus to help increase community awareness about the SES/KBFB and our new HQ – the Hero HQ campaign was an amazing success that put us on the front page of local newspapers and greatly increased the public profile of both our volunteer services” 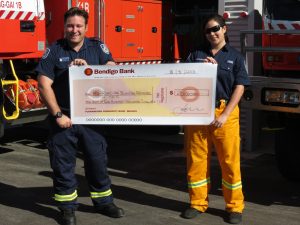 The cost of rebuilding this modern facility to service both organisations was in the order of $2 million dollars.  Much of this funding was made available by the State Government, Ku-ring-gai Council, the SES and the NSW Rural Fire Service.  However, a shortfall in the order of $200,000 needed to provide a suitable internal fit-out of these two new buildings was what sparked the Turramurra and Lindfield Community Bank branches into action.  By directly engaging with the local Ku-ring-gai community and then matching funds raised by the community dollar-for-dollar, the local Community Bank branches were able to raise $220,000 and the internal fit-out was green lit to commence.

Five years on, this significant community effort will be remembered with a small celebration of members and family from the SES, probably cooking up a nice meal in the state of the art catering facilities within the HQ.

Remember – The Bush Fire Brigade and the SES rely on volunteers to continue smooth operation and service to our local community – If you want more information on how you can help our local hero’s contact:

Moving the Focus Off the Pitch
Scroll to top